Home » Auto » Jawa Standard – All you need to know The one Jawa model that harks back to the original is the standard model as it is the most simplest looking in the range. However, don’t mistake it for being the least capable, for this is an all-new bike as well. The Jawa standard model is unbelievably similar to that of the original from the yesteryear and the iconic shape has managed to attract a lot of buyers since its launch in 2019. Classic Legends, along with Mahindra & Mahindra, have come up with the exact same shape, proportions and colours on offer. The standard model is the closest you can get to owning the original.

Jawas, I tell you

When it comes to the design, the Jawa Standard has it nailed in every sense of the word. It appears well built and retro in every way, without a hint of modernity in its design. The Jawa Standard features a fual guage dial and a digital odometer. The large, sculpted tank gets a chrome finish; the front and rear fenders are beautifully curved and wire-spoked wheels complete the look. At the rear, the motorcycle gets a tiny tail light.

The engine, although retro from the outside, is modern on the inside. The 297cc, single-cylinder, liquid-cooled and fuel-injected, four-valve DOHC unit produces 25bhp and 28Nm of torque. Jawa Bikes have tuned the engine for low and mid-range torque, so acceleration is quite good from the get-go. Once the revs begin to climb, the mid-range feels crisp but power tapers off as the revs rise. Once on the road, the bike is easy to ride for the most part; on highways it is smooth until 80kph, after which some buzz filters through. It can do speeds of up to 125kph, but that’s when the vibes through the handlebar and foot pegs get even more prominent. Jawa Bikes have equipped the Jawa Standard with a 6-speed gearbox that seems to swap gears quite effortlessly. And it doesn’t take much getting used to around corners either. The gearbox works well to ensure you’re in the meaty part of the mid-range. The Jawa is a bike that doesn’t mind bends; it turns in sharply and seamlessly. There is more weight at the back than there is at the front but it’s a setup even first-time riders will get used to. Whether you’re climbing an incline or tackling a set of corners at a decent pace, the bike delivers a pleasurable experience. The disc brake up front and the drum at the back offer decent bite, but we still wish it has discs at both ends along with a dual-channel ABS setup as well. Bringing the bike to a halt is easy.

The classic to buy

The Jawa Standard is a no-nonsense, retro-looking bike that’s sure to pull at your heartstrings. The headlamp throws good light ahead, the speedometer is huge and simple but the mirrors could’ve been made of better stuff because they rattle too much. This model, along with the rest of the range, is a threat to Royal Enfield in India. Jawa’s Standard bike is very likable; it feels properly old-school but in a modern sort of way. It’s hard to fault with this bike barring a few quality issues. It’s a great bike for the young and young at heart, but we’d have to hand it to Classic Legends and Mahindra for having revived a brand that brings back nostalgia with its newest range of motorcycles. 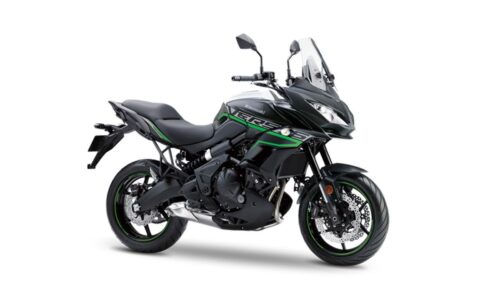