Home » Auto » Mahindra XUV500 – Everything you need to know Mahindra’s XUV500 has been a game-changer for the brand ever since its introduction way back in 2011, and it lured customers to showrooms in a manner Mahindra Cars had never experienced before, mainly for the value it brought with it. And having slotted into a price segment that was full of sedans, it seemed to have had a huge advantage. In fact, it was one among the first to have started the SUV craze in India. It has witnessed several changes over the years; the last of which was brought about in 2018. And the major makeover helped it look more premium for customers interested in the SUV. On the outside, it received styling changes, while the cabin had been given a more premium look. There was a bump-up in engine performance as well, helping the Mahindra XUV500 stay afloat amidst the burgeoning SUV market.

The changes on the outsides are clearly visible but the silhouette remains the same. Up ahead, you’ll notice the new grille which sports chrome-studded elements and is bordered by gloss black sides along with chrome. The outline of the headlight design is the same, including the projectors for low beam, but the some of the cluster’s elements give it a different look. It sports an LED DRL strip above the headlights, the restyled chrome in the fog light housing is new, while the bumper mostly remains the same. Along the sides, it features dual-tone 18-inch alloy wheels that seem large enough. The doors get a chrome lining and it gets new roof rails as well. At the rear is where you will find the biggest change, in the form a redesigned tail section, restyled tail lights and a sportier roof spoiler.

The cabin of the W11 (O) variant features all-black theme with quilted tan-leather seat upholstery, and while these seats look good, they don’t seem to have been fitted on properly. It isn’t particularly comfortable to sit on. However, the central console sports a piano-black look along with brushed-silver highlights, and plastics on the dashboard and door panels have nice feel to the. You also get faux-leather inserts and contrast stitching above the dashboard. Getting in and out will be easy, thanks to wide-opening doors. The instrument cluster includes chrome-ringed dials and the AC vents work well to ensure there’s good air flow, making the cabin cool quickly. The steering feels nice and chunky to grip and the dials on the dashboard have a feel-good factor to them. The finish of plastics is better than before, and the front seats provide good support with sufficient bolstering.

There’s enough room for tall passengers in the middle-row, and seat three occupants abreast. It’s the third row that feels restricted in terms of legroom and headroom, and with all rows, there’s barely any room for luggage. Also, you get lots of storage places around. Equipment-wise, there’s a lot on offer: auto headlamps and wipers, six airbags and ESP, touchscreen with navigation, a sunroof, touchscreen with navigation, an Arkamys sound system, reversing camera, Android Auto and six airbags and ESP. The BlueSense app allows you to pair the infotainment to an Android or Apple smartwatch, meaning you can control tyre pressure, climate control and the audio.

Fearless for the road

The Mahindra cars has always been a strong performer, and with added power, the 2.2-litre diesel engine produces 152bhp and 360Nm of torque, sending power to the front wheels via a 6-speed manual gearbox. The electronically controlled variable geometry turbo has helped enhance engine response, with boost kicking-in at about 1,400rpm. The motor pulls effortlessly till 4,000rpm, after which it tends to show some lethargy. Sadly, the notchy shifts of the gearbox haven’t changed. But the XUV500 puts all its power down on to the road in a seamless manner. You also get the option of a 6-speed automatic gearbox that sends power either to the front or all four wheels, and the response of the auto ‘box seems to have improved as well. The same suspension means the ride quality remains the same; it does take bumps in its stride and body roll is within a limit too.

The facelift on the Mahindra XUV500 has brought about some refreshing changes, making it more value for the customer. The interior is a lot more luxurious, and a step-up in performance is a welcome change too. Most buyers will opt for it over other price-rivaling SUVs, mainly because of its 7-seater capacity. 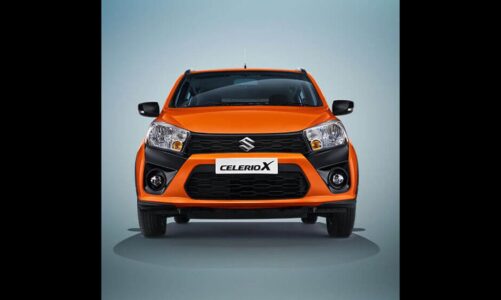 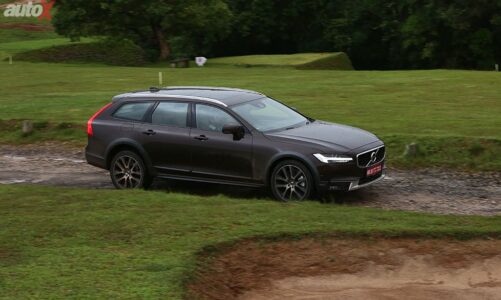